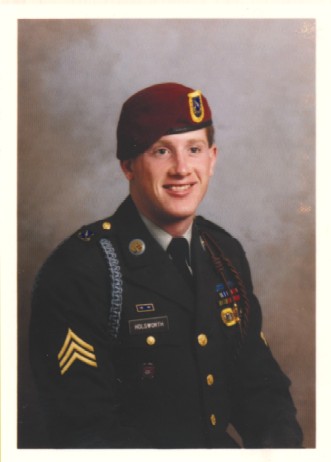 When Xentris Wireless created the EXO Charge division in August 2020, we didn’t deliberately set out to hire a certain number or percentage of military veterans. However, as we began to recruit and hire the very best people, it was no surprise that many of them also happened to be military veterans.

We now have US military Veterans working in several crucial positions throughout our organization, and they have greatly enriched our culture and our capabilities. We have accomplished many notable feats over the past year, and the Veterans on our team have been instrumental in making our many successes possible.

Our newest member of staff, Lawrence Holsworth – our Marketing Director, is also a Veteran. Besides his previous experience in the Soldier Power industry, Lawrence also served as an Infantryman in the 82nd Airborne Division. Here are his own words about his time in service and what it’s meant to him…

My Army service began in early December 1982, but it was the culmination of a journey that had begun earlier. In the 6th Grade I became friends with a couple of classmates who were into WWII history and military hobbies. I was also inspired by my Grandfather’s service in WWI, and classic war films like “The Longest Day” and “A Bridge Too Far” fueled my ambition to join the Army and become a paratrooper in the famous 82nd Airborne Division.

In May of 1983 that dream came true when I arrived at Fort Bragg after graduating Infantry and Airborne School at Fort Benning. The day I earned the right to don a maroon beret with the insignia of the 2nd Battalion, 504th Parachute Infantry Regiment was the proudest moment of my young life. Besides being very nearly deployed to Grenada, Lebanon, and Honduras, there were training deployments to Kentucky, Georgia, Alaska, Panama, and Turkey – and a 6-month peace monitoring mission in the Sinai Peninsula. 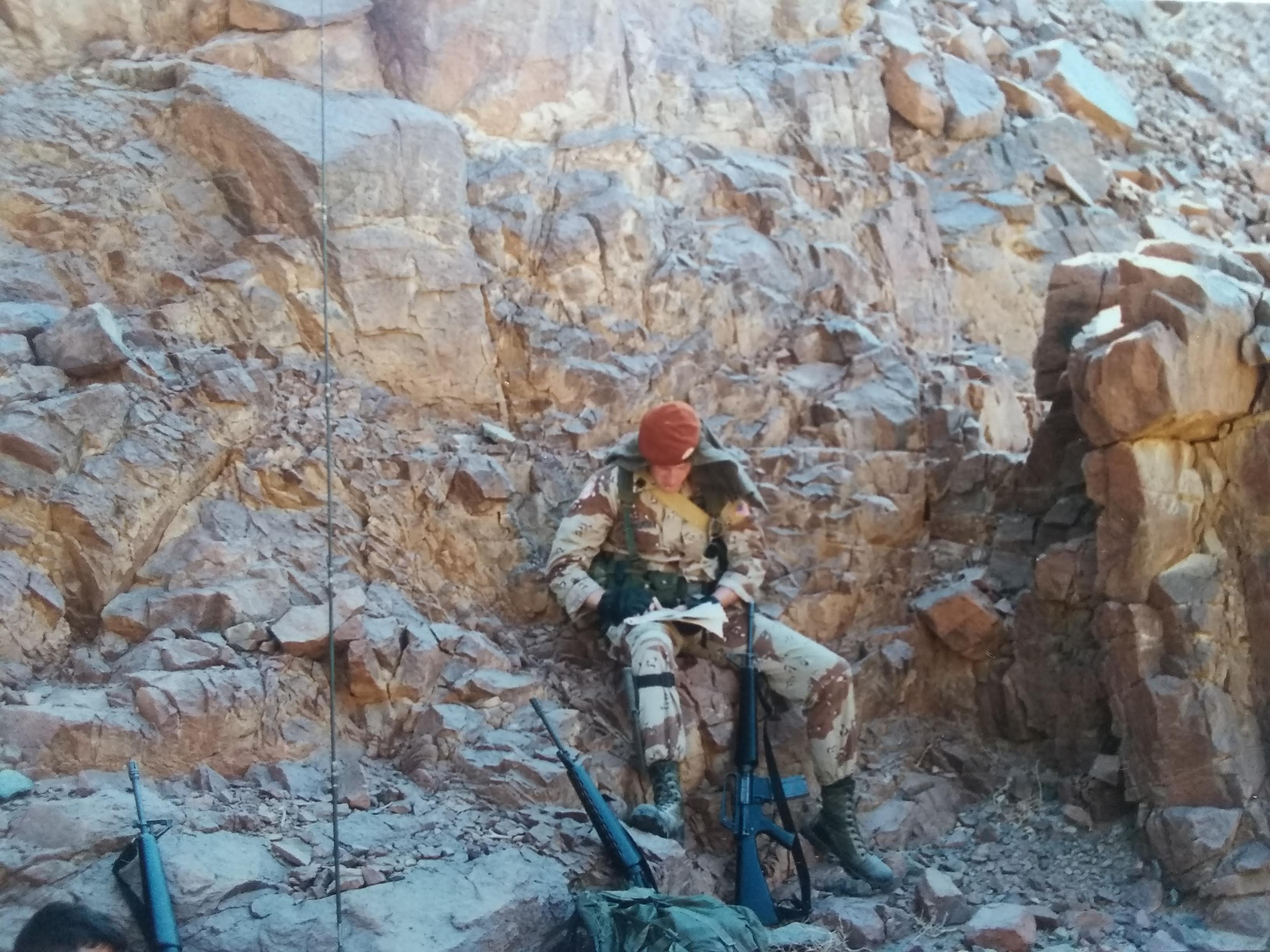 Leading a patrol in the Sinai Desert – summer 1986.

I also had the very special privilege to be selected for the 82nd Airborne Division contingent sent to the 40th Anniversary of D-Day in Normandy France. That trip involved flying non-stop from Fort Bragg and jumping into the UK to link up with the 1st Battalion of the British Army’s Parachute Regiment. After a couple of days in the UK, we then rigged up and flew across the Channel and jumped into an original WWII Drop Zone just outside of the small town of St. Mere Église. It was an incredibly moving experience to be there on that hallowed ground, as a member of the very forces that had inspired me years before. 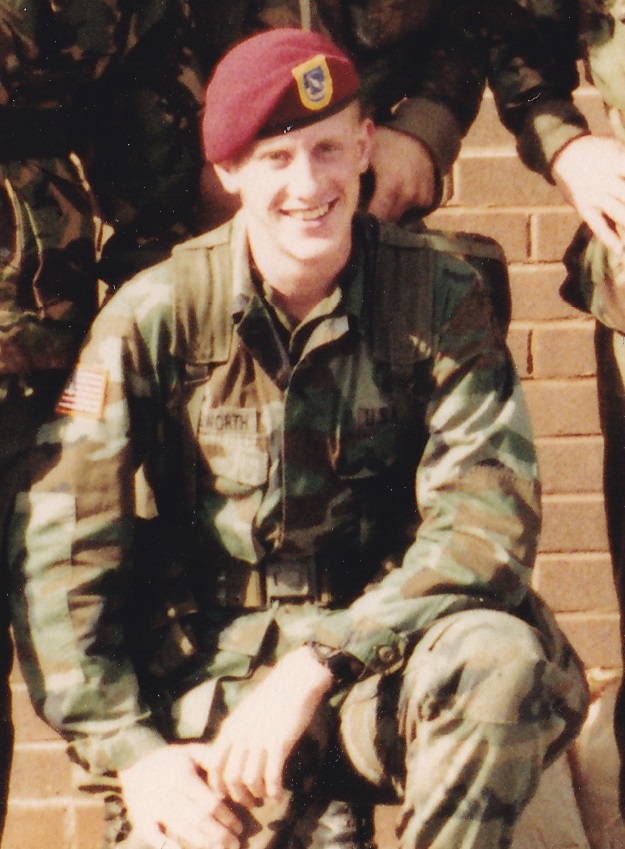 During my service in the 82nd, I experienced many adventures and several different roles - from Rifleman, Grenadier, and SAW Gunner to Training Room Assistant, Platoon Radio Operator, Fire Team Leader and (Acting) Squad Leader. 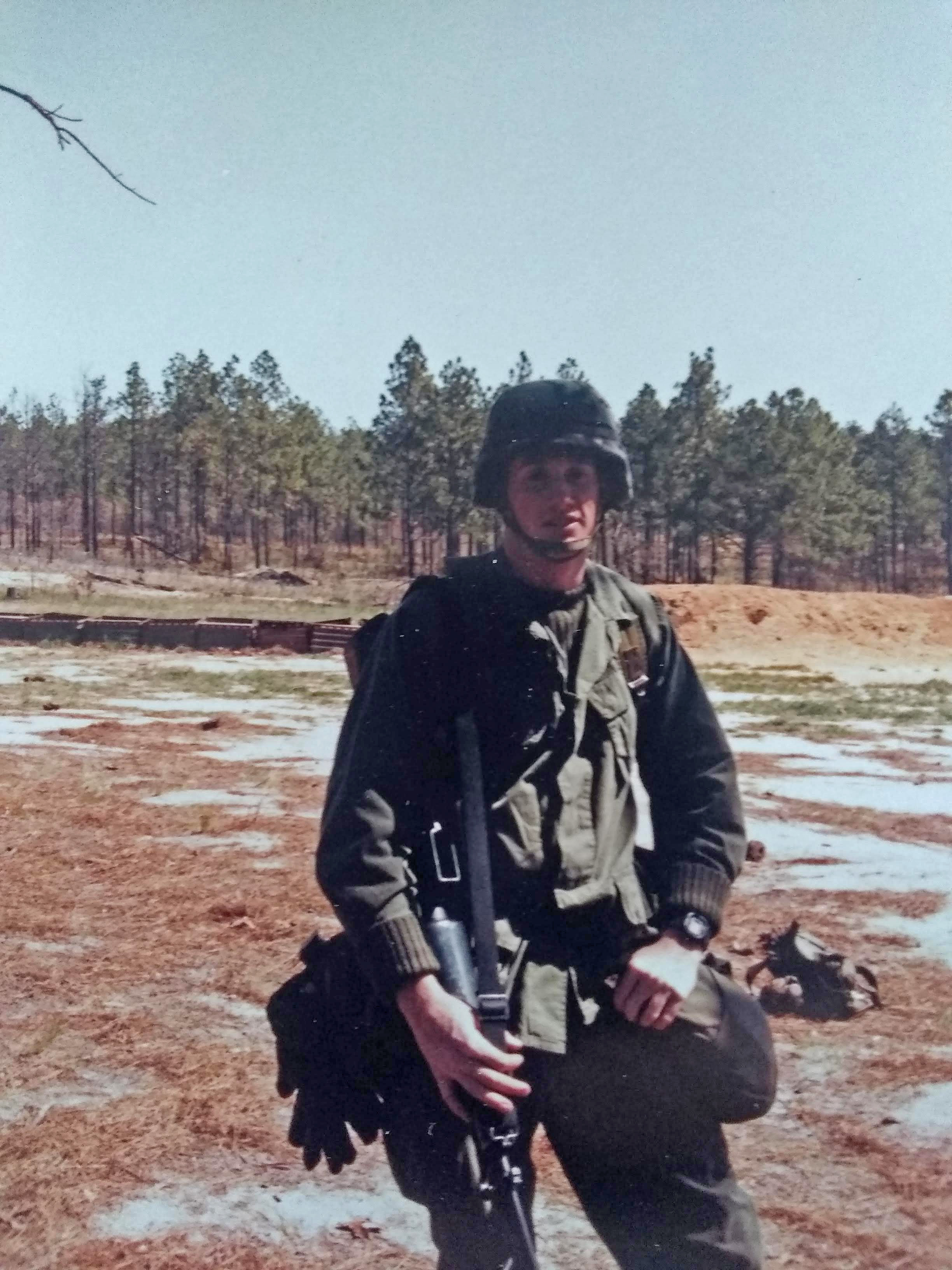 I left the Army at the end of my 4-year enlistment in order to obtain a degree in International Affairs, but my time in uniform left an indelible impression that has remained a fundamental aspect of my interests, my personality, and my character ever since. I will be forever grateful for the opportunity to have served, and I am also honored to join EXO Charge and put my talents and experience to use on behalf of today’s men and women in the Armed Forces.

Today we pause to remember and honor all those who have served in our Armed Forces, and to especially thank the Veterans on our team. Thank you!